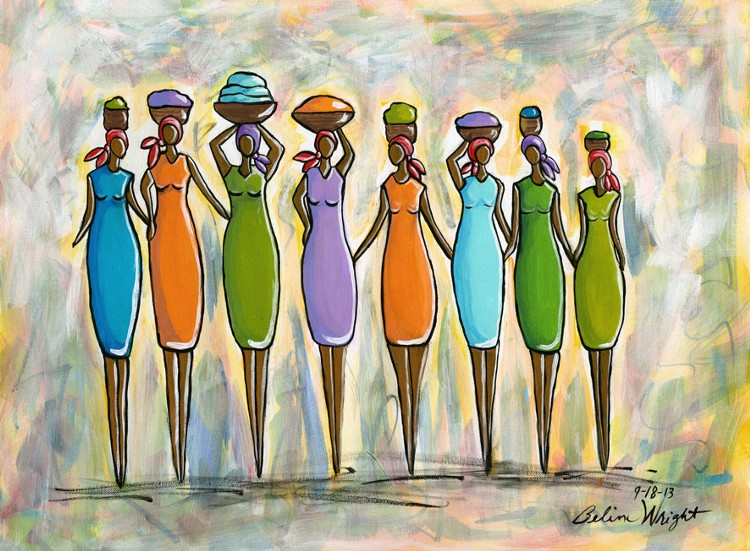 A Story of Grief, Mercy, and Power in the Dawn of the Donald

December 8, 2016 — My grief over the election outcome had calmed from the loud roar that halted my breath, to a soft whisper of a slight discomfort in my belly. I had begun the work of relationship repair, and was teaching my psychotherapy clients, mostly women, to follow my lead. My commitment to forgiveness and taking the bigger step into the world of mercy had been paying off. I had guided so many of my friends in envisioning a peaceful Thanksgiving with their loved ones, and was giving continued guidance on taking their peace commitment up a notch for Christmas. I cleaned my house, packed for a trip, and paused to nap with my cat. For a few moments, my mind and body returned to it’s pre-election homeostasis. I was at ease.

Later, my mom stopped by, and asked me to write a “Thank you” letter to President Obama. I obliged, and proceeded to open up the White House website. Ease raced from my being, as a wave of rage swept across my living room, landed at my feet, spread up into my legs, and set fire to all of my vital organs. My vision was blurred from the tears that landed on my computer, clothing, and the outer layers of my heart. In that moment, nothing could touch the inner layer. I was too enraged to allow my tears to transform me back to mercy. Screw mercy…I wanted revenge!

I cried for the next two hours, as I drove from my home to my Sufi community in Pennsylvania. As I processed my tears, I realized that it was more than grief — I was besieged by a deep sense of betrayal. How could my country do this to me? How could they replace this great man with the cast of clowns that would soon become our next President and his cabinet? Yes, I was taking it all very personally. And I was pissed!

That evening, in the safety of my sheikh’s spirit, I calmed down a bit. I ate a warm bowl of soup that had been prepared by a beloved Persian sister, performed my prayers and finally drifted off to sleep.

And dreamt about the Donald…

He summoned me to a private meeting in Trump Tower. I told him that I didn’t want to talk — that he had hurt and insulted me deeply. He looked me in the eyes and said, “I love my children and my grandchildren.” His blonde grandchildren were playing in the corner. I softened, taking a moment to honor his humanity.

We chatted about our mutual friends, Russell Simmons, and Hillary Clinton. In the midst of that safe space, I began to tell him how opposed I was to his leadership, and his Cabinet choices. I told him how angry I was at him for threatening my people.

Although he did not apologize, he nodded, and acknowledged my fears. I glimpsed a mirrored fear in his eyes. Before I could steal a closer look, he asked me to go next door and have a talk with his friend, Newt. My body stiffened: “Newt Gingrich? Are you kidding me? I’ve hated him longer than I’ve hated you! I’m not going”.

The scene shifted, and I found myself in a sea of white men in blue suits and red ties. As I walked through the crowd, looking for Newt, I was randomly greeted by the most beautiful African women that I had ever seen. Each one ran to me, hugging me tightly, and welcoming me to the office. I struggled to remember their names. Somehow, I thought it would be important to know in the future.

At some point, I realized that I was taller than all of the men in suits. From my vantage point, I could actually see the sprinkles of color in the room.

When I arose from my sleep, I left remnants of grief and anger in my wrinkled sheets. I felt rejuvenated, and emboldened to keep moving forward. For the first time in weeks, I lathered in the shower to rhythm of my repertoire of “theme songs”.

As I wrote about my dream, I was struck with the epiphany that I had faced the “Newts” of this world, in the loving safety of angels.

I met them in the unconscious realm, so that we could fall in love in my awakening…

They are the millions of women who marched across our globe in January. They are the women who made room for my Muslim brothers to gather in airports, and for the first time in over 16 years, publicly prostrate in prayer. They are the indigenous women, standing firmly against giving our government permission to pee in their water. They are my daughters, beautiful young African-American women, who stand poised to assume leadership and to be heard, and who remain curious about the “other”.

They are me, a middle-aged African-American Muslim woman, who, for the first time in her life, is unafraid of dying for her right to live…

December 8, 2016 — the afternoon of my last Trump tantrum…and the beginning of harnessing the power that was summoned from his election.