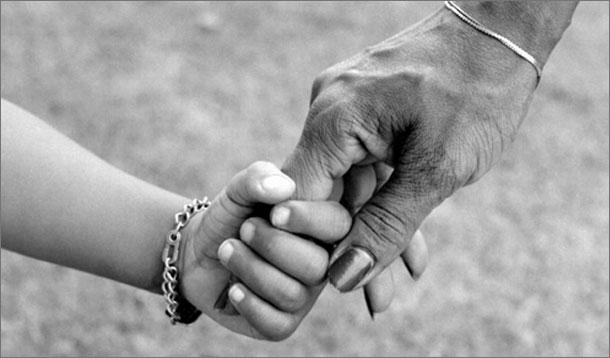 An excerpt from Dr. Sabrina’s upcoming book, The Laugh of Love, based on her maternal grandmother’s ability to transcend trauma, multiple chronic illnesses, and physical disabilities.

I sat in the front of the classroom, excitedly preparing to learn the art of guided imagery and hypnosis.   I imagined that I would discover some kind of magic trick, that would allow me to show up as “Sabrina the Sorceress” at my next session.

When our instructor asked for a volunteer, the “goody-two shoes” fifth-grader in me immediately raised her hand.  “I’ll go!  I’ll go!”

She moved my seat to the front of the room. With 35 pairs of eyes upon me, I began to feel a little self-conscious about the fact that I was wearing a bathrobe over my clothes, in a hotel ballroom (I was cold, and had left my jacket at home). I felt a little like the 1980’s Gambino Family mobster, who, in an attempt to plead insanity, showed up in court in pajamas every day.

But I knew that I was not insane, despite the fact that what happened next could not be explained.

My instructor asked, “Who do you want to thank? What’s special about today”? Almost immediately, I entered the sacred space of a hypnotic trance.

I closed my eyes, while a clear image of my 2nd cousin Kenneth emerged into my consciousness.  He was 6’6 (or 7..or 8…). In my mind, he was always larger than life.  By the time he left the Earth, he was a shrunken version of his former self, his body a victim of  multiple chronic illnesses.

“Kenneth, it’s your birthday!  Birthdays were always so special to you.  You never forgot mine, or anyone else’s.  Sometimes, I forgot yours, which didn’t make since, since it was the same day as Michael Jackson.  I’m sorry that I chose to remember a celebrity’s birthday, a man who did nothing for me or my family, yet I often forgot yours, when you were the one who made our childhood so wildly entertaining.  I miss you, Kenneth…and I’m sorry”.

It was the first time that I had ever heard your voice. Soft. Yet strong. Clear. Certain. Firm. And demanding! I couldn’t see your face. Yet I knew it was you.

Slowly, I turned to face the sweet song that I had waited a lifetime to hear. There you were…Regal. Powerful.

Walking! My body went completely limp as you gracefully moved closer to me. This was no longer a trance-induction in a hypnosis class. It was a real as real as the day that I gave birth to my first child.

My heart’s frantic dance in your presence opened the doorway to my overwhelming grief over your death. I wept. Aloud.

A part of my consciousness was fully aware of the presence of my tears, dropping clumps of mascara on my hotel bathrobe.  I could feel the pairs of eyes of the students in my co-hort. I marveled at the dual reality of being in a space, yet not really being in a space at all. In the distance, I heard the instructor defining my state to the class as, “catatonic”.  Who knew that catatonia could bring us back to life?

I wanted to slam on the gas, get away from the class, and return to you. I wanted to stay in this state, experience the exquisite melody of your voice, sit at your feet, and resolve all of my unanswered questions.

I opened my mouth, slowly moving my tongue around my teeth. They were dead weight. Every word that I attempted to utter weighed a ton. The channels between my brain and my voice were severed, eliminating all communication between the two. I attempted to hold my throat, wondering whether my touch would allow for the emission of a word. I needed to talk, dammit!  I needed these people in the room to leave me alone, so that I could return to you!  How could I convey to them that I was finally re-united with my Big Mama, safe, and ecstatic? I wanted to talk so that I could tell them to return the stupid bathrobe, find another classroom and leave us alone. I was afraid that once I left,I would never be invited back to this sacred place.

The students were becoming tense. I could feel their tears surrounding me. They needed me to speak.  I needed to return to San Francisco. Damn!!

“Bring someone else in..someone who can help you come back”.

Suddenly, Bonnie appeared.  Bonnie was my beloved sewing teacher, who died a month after Big Mama. She was never afraid of death. And I knew that she would have no patience for the flood of tears that I was powerless to bring to a halt. She commanded me to, “Go back now. You know what to do. Now go!”

My breathing returned to a manageable pace. The tears slowed to a trickle. I focused my attention on my eyes, willing them to bring me back to full consciousness.

“I am counting to three…One…Two..THREE!”

My eyes rushed open. The entire class had joined me in my tears.  They had also witnessed the miracle of our encounter. Later, I would rely on them to recount what they saw.  However, in that moment, all I could do was smile and touch that tender spot in my heart that continued to beat like yours.